Our own Janet Wright and her husband John have accepted a challenge that will take them both to the limit of their physical resources. The challenge for the rest of us is to back them all the way …

It wasn’t too hard for me to admit to myself that my days of climbing serious mountains were over: when I took a close look at what was involved in The Point Foundation Charity Trek, I just had to hold up my hands…

But that’s not to say that Vendman won’t be taking part. On the contrary, we’ll be represented on the trek by Janet Wright, our Office Manager, and her husband, John. You can find out all you need to know about the The Point Foundation Charity Trek, including how to contribute to the project, by clicking here.

This is one trip that’s NOT for the faint hearted…

This is how Janet sees it: ‘Jebel Toubkal is the highest peak in the Atlas Mountains and that’s the intended goal of our expedition. Standing at 4,167m Jebel Toubkal is the equivalent of over 3.5 times the height of Snowdon! We’ll trek from the Berber village of Imlil to the Mouflon Mountain Hut; then on to Toubkal’s summit. We hope to complete the trek in 4 days and 3 nights…’

The Berber village of Imlil

Sounds very easy? Don’t believe it. It’ll take all that Janet and John have got to get through it, but the trek won’t be the first challenge the couple have undertaken… Since John was diagnosed with cancer, 12 years ago, they have set themselves many challenges to raise money, mainly for cancer research. Janet has run the Race For Life for 8 consecutive years, whilst John has walked the Isle of Anglesey (214 miles) and completed the Three Peaks Challenge in 48 hours, (taking in Snowdon, Scafell, Ben Nevis). Last year, the couple cycled 60 miles from Manchester to Blackpool to celebrate the ten year milestone of John being free from Cancer.

John and Janet atop Snowdon in training

It’s all for a truly worthy cause. Here’s the situation our donations will help to address.

The Noel Orphanage has few resources to care for its 700 disabled and vulnerable residents and because disability is viewed as a shameful stigma in much of Rwanda, these young, vulnerable people are considered the lowest priority.

The video below features Point Foundation supporters celebrating with the children at the Noel Orphanage.

Years of mistreatment and malnutrition has traumatised them. Many died, the victims of neglect. During the past two years, The Point Foundation has funded  improvements in the care of those disabled former residents of the Noel Orphanage.

You see, when the government closed the orphanage, no provision whatever was made for the disabled residents.

Forgotten and homeless, they were in danger of being abandoned yet again. In order to protect these the most vulnerable of people and to reinstate them in their former home, with the care and support they deserve, the Point Foundation stepped in. To maintain its work, it needs to raise even more money.

For now, the funds the charity raises are providing a ‘sort-of’ solution. Long term, though, The Point Foundation is continuing to lobby Rwandan government ministries as advocates for the disabled children of Noel Orphanage.

If you’ve received this e-mail, that’s because you’re a customer or a friend of Vendman. Will you join us in supporting The Point Foundation Charity Trek, 2016? 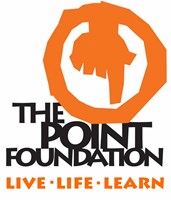 It’s easy to donate. If you click here, you’ll land on the event’s ‘Just Giving’ page. Please, if you possibly can, dig deep: not for Janet and John, (although they really deserve our support), but for the vulnerable young people whose lives they’re helping to change.

Finally, I’m sure you’ll join me in wishing Janet and John every success.